I have been so excited to share with you the results of my “Mad Tea Party” I hosted this weekend. It was a small group of close friends and we sipped tea and ate tea sandwiches. But there really was something magical about having a tea party. It was so much fun, I cannot wait to have another!

I propped the table with vintage mix and match tea cups along side vintage Alice in Wonderland books. I made drink me tags for each person that attached to their tea cup. Each person was named after the character they most resembled. That was really fun!

I served store bought macarons and pastries and spent my time making homemade tea sandwiches. The tea sandwiches, though very simple in ingredient list, are quite spectacular I must say! Each guest received a “Guide to Wonderland” packet that included their movie ticket, a tea menu, and a tiny “open me” envelope. Inside the envelope I tucked little mini cards adorned with Alice graphics and Alice quotes. There is so much imagery to pull from that I had a blast including all sorts of Alice in Wonderland subtleties.

The strawberry macarons were a big hit. As was one of the guests’ Mad Hatter hat! The teas I bought were from Teavana and were completely brilliant. If you are looking for unusual teas I highly recommend Teavana. After the tea party we all went to see the movie, which was fabulous I must say! I think this is such a great theme for a bridal or even baby shower! 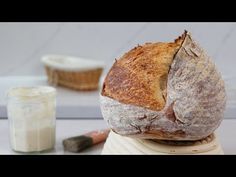